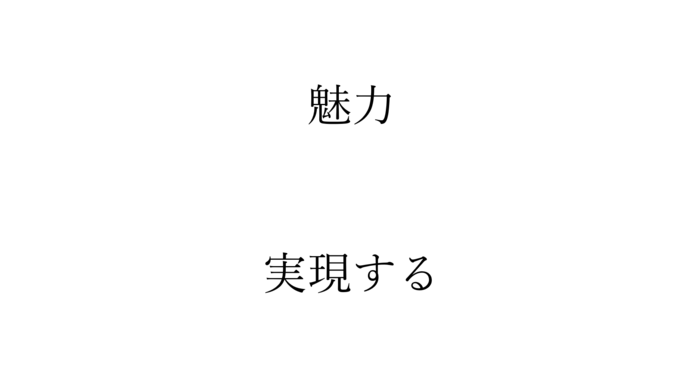 In this series of articles, I want to share some Japanese words which I feel could often be translated into English better. Poor word choice by the translator can make a text look like a translation, and that’s particularly a problem if the goal is to produce copy that will appear in an advertisement, company website or the like. That’s because it will distract your target audience from the message.

According to coverage by BBC News, spelling mistakes could be exacting a heavy price on online businesses due to lost sales opportunities. Although the exact value is difficult to determine, consider this: If spelling mistakes cost a business money, how do you think copy that looks like it was translated from another language due to poor vocabulary usage—and especially grammatical errors—is going to affect your bottom line?

From my experience, this problem of unnatural translations seems to be particularly prominent in the case of English translated from Japanese. But why is this so? I would venture to say it is because many of the people actually doing the translations are not themselves native English speakers. And the reason for that is basically because there is far more demand for Japanese-to-English translations than the supply of native English speakers who can read Japanese fluently can provide. Furthermore, not everyone with this skill set is necessarily going to be working as a translator. They could be engineers, doctors, lawyers, artists or whatever.

And even if the translator is native in English, he or she may be inexperienced or lazy and prefers or doesn’t know better than to just fall back on the standard dictionary translations for certain words that instead require some creativity or rewriting to render into natural English that fits the given context. (For more on my approach to creative translation, see my article on translating ideas.)

On several occasions when I have been asked by a customer to look over an English text produced by another translator, my feedback has been, “Oh, this is obviously written by a Japanese person,” and the customer responds, “No, this is by an American” or other native English speaker. The lack of competent talent is obviously a problem for this language pair.

If you are a J>E translator and you’re early in your career, or you’re responsible for editing or checking translations, then I hope I can help you address this problem with this series of articles so you and your team can produce documents that appear more like they were originally written in English, rather than clunky translations.

The examples below come from actual projects that I have worked on for my customers, although I have modified the text to some degree in order to maintain confidentiality. Also, keep in mind that when it comes to translation, especially creative translation, there is usually more than one right answer. You may have different ideas for how to render these examples into English that could be just as valid or even better than mine. Much like writing, I’ve always thought of translation as an art, not a science.

This first example is from an interview about the design process for a Japanese automobile. (Note: In the Japanese sentence, the implied subject is the car.)

どこか、何か、もうひとつ魅力が欲しいということだったんですね。
They wanted something, somewhere, that would make the car more attractive.

Next, this comes from a planning document on promoting inbound tourism to Japan.

The two sentences below, again about tourism promotion, come from the same paragraph, but the word 魅力 appears twice in that paragraph, so I felt the need to translate it a different way each time to avoid being repetitious. You may note I took the same approach with the two instances of 日本.

日本には、見るべき、感じるべき魅力がいっぱいあります。
Japan is brimming with captivating sights to see and experiences to be had.

その日本へクルーズで訪れれば、その魅力の数々を、一度の旅で多く体験することができます。
If you could journey to this country on a cruise, you could experience many of these multitudinous allures all in one trip.

In the example below from a clothing catalog, I decided to simply rewrite rather than translate 魅力 directly.

フードや襟の立ち方から裾の絞り方まで、細部まで考え抜かれたシルエットが魅力。
From how the hood and collar stand up and the coattails tighten, no detail was missed in designing a nice silhouette.

This copy about a theater company is one of the rare instances where I did not feel uncomfortable using the word “charms.”

お芝居やショーの演目の違いはもちろん、組ごとに異なる魅力が楽しめます。
Acting and styles differ between troupes, meaning audience members get to enjoy the variegated charms of each.

Overly common translation: realize
Suggested alternatives: implement; achieve; create; enable; anything else that fits in context, including something as simple as do

長い間の信頼関係が、クライアントの想いや考えをさらに高いレベルで実現できる。
A long relationship of trust lets us implement the client’s ideas and approach at a higher level.

A press release posing as a news article:

これにより、約1,000㏐の明るさを実現。
This achieves a brightness of around 1,000 lumens.

Here’s some copy from a CSR report. You may notice that I took a creative liberty with 守る.

働く⼈の安全と健康を守るため快適な就労環境の実現をめざしています。
We seek to create a pleasant work environment that promotes employee health and safety.

The topic below is a new condom design. (Finally, something interesting!)

Using “realize” actually felt okay in the below instance because I think it pairs well with “vision.”

Hopefully the next time you come across 魅力 or 実現する and you need to express them in natural English, you’ll now find the task is easier.

In this post I’ll leave you with just these two Japanese words, but further installments of this series may have more. Thanks for reading!


For other episodes in the series “Crafting Natural English from Japanese,” click here.

It’s a new year. Sayonara to 2020! Hopefully 2021 is much better, and not only in terms of recovering from the COVID-19 pandemic. Seriously, fuck the coronavirus. That statement and the brilliant mockumentary “Death to 2020” pretty much... Continue →